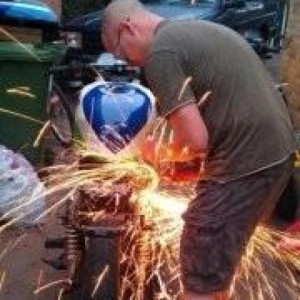 Leading e-tailer Mattress Online boosted sales by 18 per cent in one week by offering some customers the chance to have their old mattress removed free of charge for recycling to ensure it did not end up in a landfill tip.

The award-winning company put on the offer during Recycling Week (25 Sep – 1 Oct) for customers who spent more than £300 on a new mattress and the service was provided by two-man, white-glove, next-day delivery specialist Panther Warehousing.

Normally available at an extra charge, the service is quick and easy because the old mattress is removed when the new one is delivered, minimising the disruption for customers and leading to just one visit with no fuss or bother.

Panther takes the old mattresses and delivers them to the Furtniture Recycling Group (TFRG)  which separates out all the useful components such as steel springs, cotton and wool stuffings so that the materials can be used again avoiding landfill by up to 98%c.

During Recycling Week, the free offer also prompted more customers to try the recycling service – one-third of customers opted for it, a rise of 73 per cent.

Steve Adams, Managing Director of Mattress Online said: “We would like to thank all of our customers who opted to recycled their old mattress for taking the initiative to reduce the amount of rubbish that goes to landfill.

“Around eight million mattresses are disposed of in the UK every year and our promotion during Recycling Week shows there is an appetite among consumers to divert them from landfill.

“I hope that many more will take up the opportunity to recycle their old mattresses, especially when it is so easy to do it because Panther Warehousing will do everything – collection of the old mattress and delivery of the new – in one visit.”

Colin McCarthy, Panther’s CEO said: “We are delighted to support Mattress Online with its efforts to prevent large numbers of mattresses going straight into our rubbish dumps.

“Sending mattresses for recycling is far more environmentally-friendly than letting them go to landfill, and benefits everyone by improving our environment.

“We make it simple for their customers to commit to the choice by removing the old mattress when we deliver the new.”

Mattress Online is a highly successful retailer that has twice won Bed Retailer of the Year at the National Bed Federation Awards making it ‘best in class’ in those that sell more than five million beds a year.

Panther Warehousing is one of Europe’s fastest-growing small and medium-sized businesses, with around 300 fully-liveried vehicles and a staff of between 300 and 800. Based in Northampton, it has grown rapidly since concentrating on bringing next-day delivery standards to the previously slower-moving two-man, white-glove delivery sector.

It was named this year in the inaugural FT Top 1,000 Europe’s Fastest Growing Companies list, and it also appeared in the London Stock Exchange’s 1,000 Companies to Inspire Britain list for 2016. It has twice appeared in the Sunday Times Fast Track 100, in 2015 and 2016.

We use cookies to ensure that we give you the best experience on our website. If you continue to use this site we will assume that you are happy with it.OkCookie policy